Last week, my regular Writer-in-Residence time was on the M.V. Salish. The crew told me the Tillikum was in Seattle for its “annual checkup.”

The Salish is a lovely vessel and one that I’ve ridden in the past on its usual Coupeville to Port Townsend route.

It, like the Tillikum and many other ferries in the system, showcases beautiful photographs and work by Coast Salish artists. 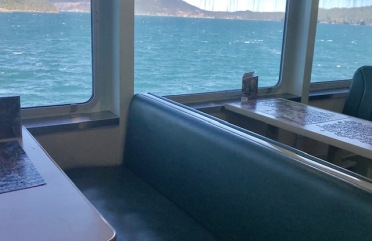 The day I rode, I noticed the crew had left jigsaw puzzles on tables, too. And the engines hummed as they carried us across the slight chop.

Still, it wasn’t the Tillikum, and we regulars felt disoriented on the smaller vessel (it can carry only 64 vehicles, compared to the Tillikum’s 87-vehicle capacity). This “youngster” (she’s only been in service eight years) just doesn’t have the same charm as the sixty-year-old Tillikum. 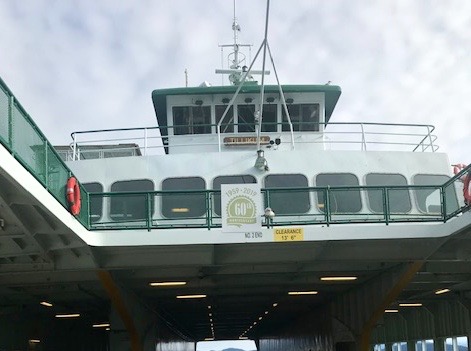 I was comforted to learn, however, that while the Tillikum was in the shop, she went to a party. According to an article in Orcas Issues by Ian Sterling, Washington State Ferries’ communications staff, “…on Feb. 27, friends of the ferry Tillikum, including crew, engineers and maintenance workers, unveiled commemorative emblems to recognize the ferry’s 60 years in service. Washington State Ferries Assistant Secretary Amy Scarton presented the emblems, which will hang above the car deck on each end of the ferry until it is retired in 2023.” The commemorative plaques are a first for the state ferries.

Sterling reminds us that, “…the Tillikum started its public service back when a gallon of gas cost 23 cents, and before Alaska became a state. The last Evergreen State class ferry in state service, the Tillikum has operated on nearly every route in the system [it began its career on the Seattle-Bainbridge run] over its six decades. Today, it primarily serves as the interisland ferry in the San Juan Islands.”

Regardless of the Tillikum’s history, the crew and I (and likely many other islanders) think of her as “our ferry.” Chief Mate Donna Tegnell said the crew hopes the Tillikum stays on the interisland route until her retirement. With a typical speed of 12 knots (10 when going against the current, Donna said), this vessel struggles to run on time on routes that go to the mainland. For Donna, though, who has worked her way from the cabin to the pilothouse, there’s another reason she loves the Tillikum. “She has a beautiful keel, and when it comes to docking, it’s like cutting through butter.”

Speaking of butter, the ferry returned “home” in time for a passenger to celebrate her own birthday on board. “I wish I were as ‘young’ as the Tillikum,” she said after blowing out her birthday pastry candle. 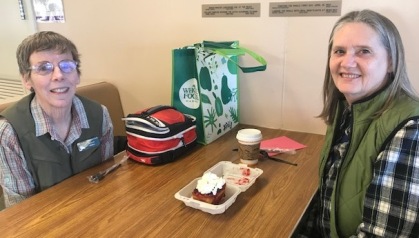 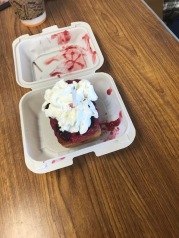